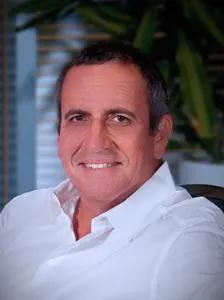 Technology innovator Pliops announced today that Eyal Waldman has joined its board of directors. Regarded as one of Israel’s leading tech entrepreneurs – with expertise in revolutionizing data center infrastructure across networking, compute and storage – Waldman is the founder and former CEO of Mellanox Technologies, which was acquired earlier this year by NVIDIA for $7 billion. The addition of Waldman to Pliops’ board signals that the company is ramping up its resources as it moves into its next stage: commercial availability of its Storage Processor in Q1 2021.

In his role as a Pliops board member, Waldman will help guide the company’s strategy and will help scale its technology into new use cases. Waldman is uniquely qualified to guide Pliops’ next phase. As CEO of Mellanox, Waldman led the company to build the world’s fastest interconnect solutions, which changed the way companies build their data centers. Pliops’ technology is also set to revolutionize the way data and storage are managed in the data center.

“Pliops is tackling the most challenging issues that are vexing data center architects – namely, the colliding trends of explosive data growth stored on fast flash media, ultimately limited by constrained compute resources,” noted Waldman. “I look forward to working with the Pliops team as they bring their technology to customers and partners.”

“I am excited to have Eyal join our board,” said Uri Beitler, founder and CEO of Pliops. “Eyal’s vast experience and deep product and market understanding is a significant addition that will support our vision of building a global solution for enabling unprecedented scalability in data centers.”

About Pliops
Founded in 2017, Pliops is a technology innovator focused on making data centers run faster and more efficiently. A fundamental building block for the data-centric era, the Pliops Storage Processor addresses the exponential growth of data storage – and the subsequent computational processing requirements this has created. Pliops uses innovative, patented data structures and algorithms to eliminate data amplification and enable consistently high I/O performance, capacity and endurance – reaching up to 100x faster data access with just a fraction of the computational load and power consumption. Pliops was recently named as one of the 10 hottest semiconductor startups in 2020 by CRN and the Pliops Storage Processors are now sampling to select customers, with general availability in Q1 2021. The company has raised $45M to date by leading global investors including Softbank Ventures Asia, Intel Capital, Western Digital, NVIDIA, Xilinx, Viola Venture and State-of-Mind Ventures.

For more information on Pliops technology or career opportunities visit www.pliops.com or connect on Twitter and LinkedIn.

Learn more about how XDP can impact your business. Get To Know XDP